Print| Email a Friend| Back

Shovels are in the ground as construction on the massive 525-unit City Gardens project in downtown Kamloops is underway. A groundbreaking ceremony for the massive City Gardens project in downtown Kamloops was held on March 16. (Photo via Victor Kaisar) 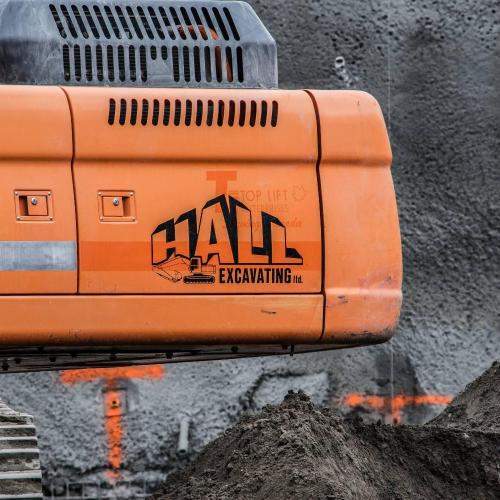 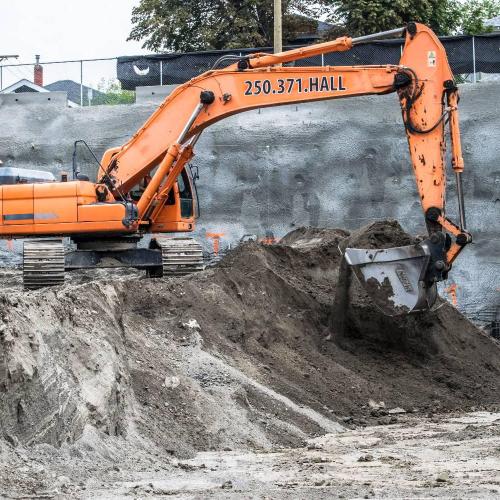 Photo Caption: A groundbreaking ceremony for the massive City Gardens project in downtown Kamloops was held on March 16. (Photo via Victor Kaisar)

Speaking during a groundbreaking ceremony on Wednesday, Kelson Group President, Jason Fawcett, says construction on the entire project will take about eight years to complete.

"The first step is to build the parkades which are going to house over 800 parking stalls", he said. "That is really the first part of the construction, to build most of the parkade and then within a year we'll start on the first tower, which is going to be 24 storeys.";

The City Gardens project will also comprise of a 20-storey high rise building as well as four mid-rise buildings, each with six storeys. The total project is valued at over $200-million.

"It is challenging in the size. A parkade that is three storeys down in a one year project just on its own,"; Fawcett added.

Located on Battle and Nicola streets between 4th and 5th avenues, this is the largest residential project in the City of Kamloops. By this time next year, he says to see the that 24-storey tower start to rise from the ground.

"It is our great honour to be able to do this project in the City of Kamloops,"; Fawcett said. "It is a great undertaking and we have worked a lot on it, and just to get here today is a great, great honour.";

"I really believe that this is a game changer for Kamloops,"; the elder Fawcett said. "My history with this property goes back about 25 years.";

"I used to tell my grandkids when we'd go skiing, we'd drive by here and I'd say, ‘I'm going buy this property and we are going to build something here.' It took a long time to come and I am just delighted that we could bring this to Kamloops and I hope the people enjoy it.";

"I do want to thank the City planning department. We went through a lot of stops and starts to get this done and compared to dealing with some of the other cities we build in, Kamloops is a dream.";

The project, he says, has been a long time coming. The Kelson Group plans to build, market, and sell the 24-storey residential tower first before moving to other buildings.

"I am getting on in years and theoretically, I am planning on retiring in five years,"; Ron added. "I want the first tower to be completed in three years and my wife and I will be living in that building.";

Speaking during the Tuesday ceremony, Mayor Ken Christian said the project will transform the City's downtown.

"This is the face of a happy mayor,"; he said. "The end product is something that we need in Kamloops in terms of our housing shortage, and it will eventually enable housing all across the continuum to be freed up with the addition of these units here in Kamloops.";

"These projects take a long time, they span administrations. But the one thing that we know is that Kamloops will be a better place because of your confidence and your investment and the team that you have with you. So thank you very much, on behalf of the City of Kamloops.";

Speaking to media after the ceremony, Jason Fawcett said the Kelson Group plans to open a show suite in mid-April, with pre-sales set to begin a few weeks after that.

He says there has already been "a lot of interest"; both from people hoping to live in the building as well as from potential investors.

"The mix of people that are interested is a variety from people that would be investors that might want to rent out an apartment but there is also people who would be first time buyers and then there are also seniors and people that are wanting to be empty nesters,"; he said.

"It is going to be a varied group, we believe.";

According to plans released by the Kelson Group, there will be a mix of one, two, three, and four-bedroom units, some of which will be sold as market strata units with about 200 to be operated as rental units. There will also be some commercial space on the ground floor of the two high-rise towers.

"As for prices, we're hoping we will start around $300,000 for some of the smaller apartments. They will go up from there and we do expect that some of the larger apartments may set some record prices for condominiums in Kamloops,"; Fawcett said, noting it has been a "moving market"; because of the fluctuation in the real estate  market and the construction industry in general.

Depending on demand, once that first tower is partially finished, Fawcett says the Kelson Group may start work on one of the other five structures.

"There's going to be people living in the buildings as we finish them,"; he said. "It's going to be a pretty busy construction site and that is something that we will have to work with residents so that it is not too noisy.";

"There are a number of things to figure out on that front but we think that there is going to be lots of interest. People will want to live in an exciting place that is growing up around them."

Located on Battle and Nicola streets between 4th and 5th avenues, this is the largest residential project in the City of Kamloops.

Thank you for visiting our site.